Istanbul, Not Constantinople — A City by Any Other Name 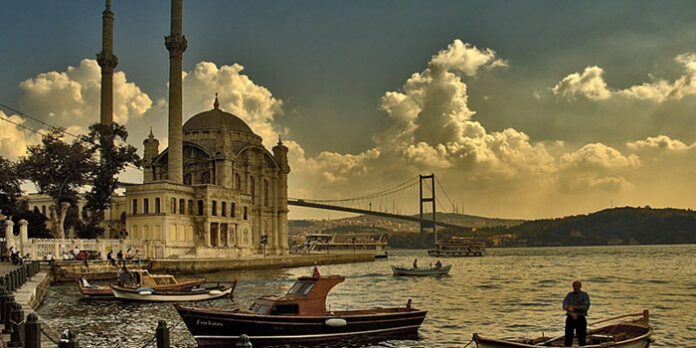 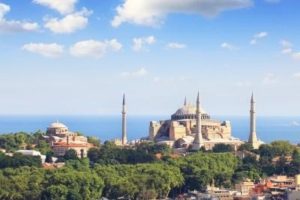 From Byzantium to Constantinople, the city of Istanbul has had more names than Sean Combs/Puff Daddy/P. Diddy! The city has changed names so many times for a number of reasons, with each name reflecting the historical or political situation of the time. Why has this city gone through so many name changes over the years? If you’re planning a trip to Istanbul, you better know the rich history of this extraordinary city. Check here for some outstanding deals on Istanbul Hotels and read up before you check in!

What Was the Original Name?

According to the records of Pliny the Elder, the very first name of the city was Lygos. This name probably came from a Thracian settlement that was situated on the site, around 50 A.D. Later, in 667 B.C., Greek colonists from Megara founded a city there that they called Byzantion, which was Latinized as Byzantium. It is thought that this name came from the name “Byzas”, which was a common name in Thracian society. There is an ancient Greek legend of a king by this name and he was thought to be the leader of these colonists and the founder of the city.

The name Constantinople really stuck and it was the most common name for the city since it was first used by the Emperor Theodosius in the 400s until the early 20th century. Many people also referred to Istanbul as simply “the City”, which is still a common name in colloquial Armenian and Greek. The word for city is pronounced “Bolis”, which eventually would become the base of the later Turkish name.

After the Ottoman conquest of 1453, the city became the capital of the Islamic Ottoman Empire and many people started calling it Islambol, which meant “lots of Islam”. The name was even used on the coinage of the city during the 1700s under the rule of Sultan Ahmed III.

A Name for a Modern City

How did the modern Turkish moniker “Istanbul” come about? It originated with the Greek expression “εις την Πόλιν” which sounds like “istimbolin” and means “in the city” or could also mean “to the city”. This was a common way to refer to the city for many centuries, even back before the Middle Ages. However, it was never used as an official city name.

When the Republic of Turkey was created in 1923, all of the various alternative names for the city became obsolete in the Turkish language. In 1930, the Turkish Postal Service Law was passed and requested for any other foreign countries to stop referring to the city by any traditional non-Turkish names such as Constantinople and to adopt Istanbul as the official name of the city. Letters or packages sent to “Constantinople” would not be delivered.

This name change was popularized in a 1953 swing song by Jimmy Kennedy and Nat Simon, “Istanbul (Not Constantinople)” The lyrics remind the listener that “if you have a date in Constantinople, she’ll waiting in Istanbul,” and also mention the fact that New York used be to known as New Amsterdam.

Not Everyone Calls It Istanbul

So now that the name is officially Istanbul, that’s what everyone in the world calls this Turkish city, right? Well… not really. While most modern Western languages have adopted the name Istanbul for the city, other languages still use different traditional names. The Greeks still call the city Constantinople or simply “The City”. The Russians, Polish, Latvians, Albanians and Lithuanians all call the city different variations of “Stamboul”, such as Stamboll in Albania. People in Iceland still call the city by its old Norse name “Mikligarour”

No matter how many names this city has, it will always be a fascinating travel destination rich with thousands of years of history, beautiful architecture, gorgeous art collections, great shopping and delicious food. Why not book your trip today?

About the Author: Louise Vinciguerra is a fantastic joke teller, has a million and one hobbies, and enjoys matching her fonts with her moods. This Brooklyn native dirties her hands in content on weekdays and as a devout nature lover, dirties them in soil on the weekends. When she’s not on Facebook, WordPress or Twitter, she’s traveling in search of fun food, dabbling in urban farming or planning nature trips from her resident city of Rome. When she’s not doing any of the above, she sleeps.

Exploring The Beauty Of Niagra Falls