HomeMiddle EastGetting The Best Out of Dubai and UAE
Middle East

Getting The Best Out of Dubai and UAE 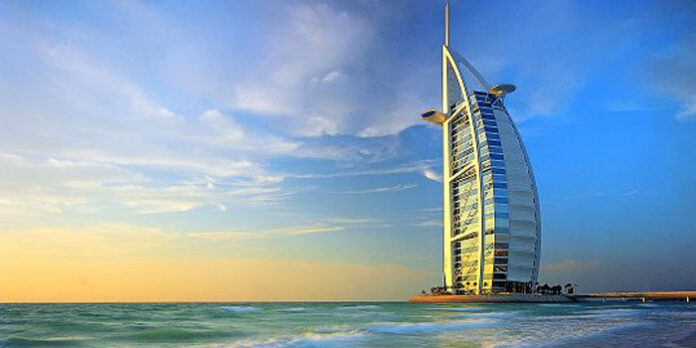 If you’re planning a trip to Dubai or Abu Dhabi you probably know that there are a few things that you do and don’t do. There is no need for alarm, but just be aware that sticking to the rules means you will save yourself any un-necessary problems. In most cases it is simply common sense and a little bit of respect and common courtesy for the locals. So here are our tips to ensure you have a memorable time in Dubai for all the right reasons.

Dress: The UAE is liberal yet conservative in many areas, dress being one of them. It is common to see women striding around the malls of the Emirate in little more than a very small dress and no one bat an eye lid. Walking around a mall in a bikini top would be frowned upon though. Generally speaking, leave at least something to the imagination. Avoid exposed midriffs and try and keep skirts and dresses on the longer side.

On the Beach: Of course when you’re sun worshipping you want to get the best tan you can. Ladies will need to keep bikini tops on, although it doesn’t matter how small that bikini is – you will often see a woman on the beach in a thong bikini and very small top. Guys are fine wearing speedos, but nudity is not tolerated at all. If in doubt, keep it in.

Gay/Lesbian/Transgender: Homosexuality is prohibited under Islamic law and UAE law. There are severe penalties in place for anyone suspected of or caught engaging in homosexual acts of any type.

Drinking: Alcohol is tolerated by the locals but only in designated areas. These tend to be in hotels and restaurants – you will never see alcohol sold in a corner shop for example. Long term expats can get a licence to buy alcohol from designated shops which are normally pretty well hidden. NEVER DRINK AND DRIVE. Not even one drink – it isn’t worth it, if the cops smell even a whiff of alcohol on your breath it can mean a long jail term. If you plan to drink then you will need to get a taxi. When you book the taxi they will then need to come in to the premises and escort you to their taxi to avoid you being drunk on the street as this can also cause issues with the police. If you plan to visit several venues on a night out you will need to use taxis and use this routine to avoid falling foul of the law.

Anger Management: If you drive in Dubai then avoid making rude gestures at other drivers – there are incidents of people being arrested for flipping the finger. Traffic in Dubai is notoriously awful and drivers can be pretty crazy, plenty of tailgating and cutting up occurs, but try and keep your cool as getting into an argument can be the start of problems. If an accident occurs try and keep your calm, take down the number of any witnesses if you can and avoid accusing anyone of anything. Lastly but very importantly, don’t swear!

Bribes: Don’t try and bribe an Emirati – who are usually in official positions such as police, customs and other governmental offices. They are proud people who are already pretty well paid, bribing them is akin to disrespecting them and will probably make whatever trouble you’re in even worse. If you are in a serious problem you will need to speak to your consulate.

Drugs: In short, just don’t do drugs in UAE. The penalties for possession of even the smallest amount of drugs is so severe that it simply isn’t worth it. Some drugs that may be legal at home probably aren’t legal in UAE, so if in doubt, leave it out. There is a recent case of some British men being caught with a legal high in Dubai who ended up serving a long prison sentence.

Religion: The UAE is relatively accepting of the right to worship and there are churches, gurdwaras and temples dotted around. If you are religious you will be able to find a service or community to attend if you wish. NEVER try and convert a Muslim in UAE, better still just avoid the topic of religion with anyone.

Visiting Mosques: There are loads of mosques in UAE, many of which are fantastic buildings. Remember to respect the people and the culture by taking off your shoes when you enter and making sure you cover up appropriately. Men should not wear shorts in a Mosque, women will need to cover their heads as well as any exposed flesh.

Ramadan: Greater sensitivity is required during Ramadan, the date of which changes annually. There should be no holding hands of couples during Ramadan and no consumption of food or drink in public during daylight hours.

Traveling for business – how to get work done