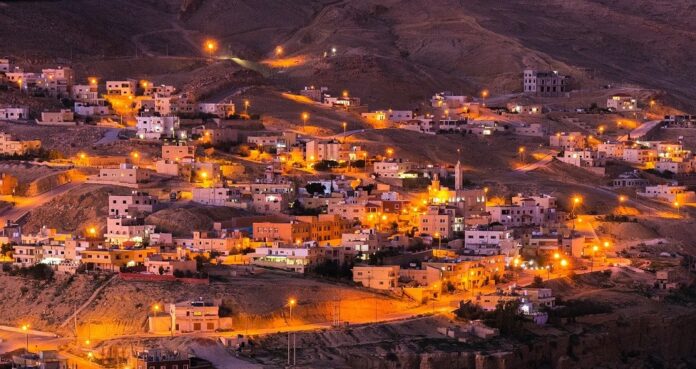 Petra in Jordan has come in at number one, having been named the must-visit place to visit in Lonely Planet’s Ultimate Travel List, which ranks 500 travel experiences across the world. The ancient city beat familiar destinations including the Galápagos Islands, which came in at number two, and the majestic Uluru-Kata Tjuta National Park in Australia, which took third place.

But what makes this historic destination so desirable for travellers? How did this sandstone city, only rediscovered in the 19th century, go from being a hidden treasure to becoming the place to journey to next?

Here’s a look at why Petra is so special, and why it’s worth adding it to the travel bucket list.

Today, Petra is one of the most-visited tourist attraction in Jordan and a UNESCO World Heritage Site. It has also been one of the New Seven Wonders of the World since in 2007, joining well-known sites such as Machu Picchu, the Taj Mahal, and the Roman Colosseum in Italy.

However, for centuries, it was shrouded in mystery, having been largely deserted after an earthquake in the 4th century led to the downfall of the once-thriving city. Just the Bedouin remained in the area.

In 1812, the lost city was found again, thanks to the efforts of Swiss explorer, Johannes Burckhardt. He dressed an Arab and persuaded his Bedouin guide to take him to Petra. His actions led to the city becoming a site of wonder to travellers.

Petra gained UNESCO World Heritage status in 1985. It’s a site of historical importance and has a delicate structure, with half of the city carved into the rocks. Just 15% of Petra is thought to have been uncovered by archaeologists to date, making the secrets yet to be found all the more captivating for both archaeologists and visitors.

There is much to experience during a visit to Petra. When choosing a group tour of Jordan, it’s worth researching the activities on offer in this city.

Some of the things to enjoy include arranged midnight walks through the desert and buggying through the sand-swept terrain. There are also tours of the 800 Royal Tombs, including The Treasury, the most famous tomb originally built to be a mausoleum and crypt.

Even the way you enter Petra is like getting into any other city. To reach this magical place, you must walk through a narrow gorge called the Siq. This is a 1km-long walk, and the path is surrounded by 8-metre-high cliffs on either side.

A place for film fans

Jordan’s rose-coloured city became known to the world in 1989 when blockbuster film, Indiana Jones and the Last Crusade, was filmed in Petra. Suddenly, cinema-goers could see for themselves the stunning architecture and elegant facades that fill Petra.

Today, fans of the film franchise still make their way to this corner of Jordan to follow in the footsteps of their archaeologist hero and see the stunning sites that they originally saw on the big screen.

Whatever your reason for heading to Petra, you’re sure to experience a trip like no other.