Stately Days Out in the UK 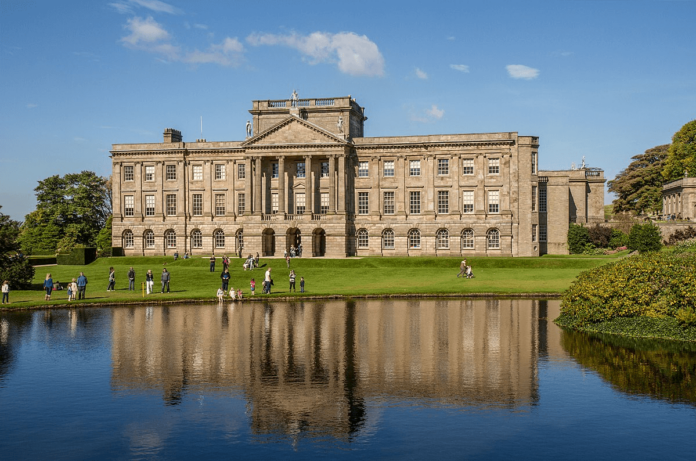 The shackles of lockdown are slowly coming off and on April 12 domestic tourism resumes. Where better to take your staycation than a lavish estate housing a drive-through safari, or the opulent birthplace of Winston Churchill?

House of Oak have reviewed the top stately homes in the UK and whittled them down to reveal a hotlist of the most grand and luxurious houses to visit, all steeped in an immersive history.

The estates listed below make the perfect day trip for a majestic experience.

Longleat is home to a safari park which opened in 1966, the first drive-through safari outside of Africa. It houses tigers, rhinos, giraffes and more!

Longleat House is steeped in history, housing a collection of over 40,000 books. There are seven beautiful libraries to explore, with some books older than the house itself. The house was completed in 1580, apparently “to impress Elizabeth I”, and was home to the 7th Marquess of Bath. The estate also has the biggest hedge maze in Britain, which can take from 20 to 90 minutes depending on how adept you are, and not a long journey for coach day trips from Birmingham!

A World Heritage site, Blenheim Palace’s roots date back to the invasion of William The Orange back in the 16th century. With gardens by the famous Capability Brown and luxurious 18th-century interiors, this English Baroque palace features an 18-karat gold toilet!

In more recent history the luxurious estate was the birthplace of Winston Churchill, and also was set in the Indiana Jones and the Last Crusade film.

Set in the beautiful visage of the Derbyshire countryside, Chatsworth is a stunning English Baroque stately home. Loved for its breathtaking Painted Hall and quirky sculpture gardens, this country house welcomes over half a million people every year.

Built in 1708, Chatsworth still belongs to the Duke of Devonshire – it’s also been stayed in by Mary Queen of Scots and Charles Dickens. The stately home appeared in Kubrick’s Barry Lyndon and the 2005 film adaptation of Pride and Prejudice.

Famous for being the holiday home of Queen Victoria and Prince Albert, Osbourne House is a treat for fans of the Victorian era.

The pretty Italianate house was designed by Albert himself, and is one of the most popular attractions on the Isle of Wight. Built by the aptly named Thomas Cubitt, Osbourne exhibits a wide variety of furniture and objects that belonged to the royal couple.

The house and grounds are now owned by English Heritage, and sit just a short stroll from Victoria’s own private beach. Osbourne House has appeared in a range of films, including 1997’s Mrs Brown.

Known by film-lovers as ‘Brideshead’, Castle Howard is much more than just a famous film location. An English Baroque masterpiece, this stately home is easily recognisable by its distinctive dome.

Look out for the Atlas Fountain in the grounds – a superb water feature, built in 1853. The house has an extensive art collection, including paintings by Italian artists Pannini, Zuccarelli and Canaletto.

Castle Howard’s size and grandeur makes it a must-see for visitors to Yorkshire; it was even served by its own railway station. One of its former residents was dubbed “the woman who married a house”.

Chartwell is famous for being the home of Sir Winston Churchill for over 40 years. The stately home is now owned by the National Trust, and contains one of the 150 remaining copies of Elizabeth II’s Coronation Order of Service book.

The estate has existed since the 14th century, and its “most beautiful and charming” view from the garden persuaded Churchill to buy it for just £5,000 in 1922. Chartwell has 15 rooms open to the public, and has welcomed many famous visitors including Charlie Chaplin and the Queen Mother – not to mention actors playing Churchill.

Blickling Hall is a Jacobean house in Norfolk, famous for being the likely birthplace of Anne Boleyn – Henry VIII’s ill-fated second wife. The main building was completed in 1616 and now belongs to the National Trust, alongside an estate of formal gardens and parkland covering over 4,000 acres.

Inside, Blickling contains one of England’s most important libraries – a collection of over 13,000 books and manuscripts spanning 146 linear feet.  Blickling’

s spectacular 17th-century plasterwork is still intact, and the house features a Long Gallery of 123 feet. Look out for a fine collection of tapestries too.

Originally an archbishop’s palace, Knole has over 500 years of history to explore. Known for its rare collection of Stuart artefacts and a surrounding 1,000 acre deer park, the house was built in the 15th-century.

It’s also famous for being the home of Vita Sackville-West, lover and muse of writer Virginia Woolf, whom Woolf’s novel Orlando is based on. Knole has inspired visitors for hundreds of years, and it’s home to an amazing collection of portraits, furniture and textiles. Its striking carved interiors have appeared in a number of Hollywood films, including 2008’s The Other Boleyn Girl.

One of London’s hidden gems, Kenwood House is a beautiful stately home built in the Georgian style. With its Neoclassical elements of Grecian-inspired columns and pale painted walls, this country house is ideal for a mid-summer visit.

Kenwood House was once owned by Lord Iveagh – a member of the Guinness family and “the richest man in Ireland” at the time. The country house is surrounded by over 100 acres of grounds, which include sculptures by Barbara Hepworth and Henry Moore. Inside, you’ll find paintings by Vermeer and Rembrandt, alongside a tastefully restored interior.

Built in the 16th century, Burghley is an impressive Elizabethan ‘prodigy house’ with gardens by Capability Brown. Created for Sir William Cecil, Elizabeth I’s Lord High Treasurer, the house is owned by the Cecil family.

Like many houses of the period, it is built in the shape of a letter E, and has appeared in Elizabeth: The Golden Age. Burghley is famous for its painted rooms including the “Hell Staircase” and “The Heaven Room”, alongside an extensive art collection of hundreds of paintings. Its park features a man-made lake, an ice house, and gardens filled with contemporary sculptures.

To view more grand British estates and their amazing history and facts, check out the full interactive map here

Our Top Picks on Where to Dine in Suffolk

How to plan and protect your holiday in 2021